Free Delivery within the Maltese Islands for purchases over euro 50.00     We are participating in the Shopper Lottery! With every €25 spent you have a chance to participate 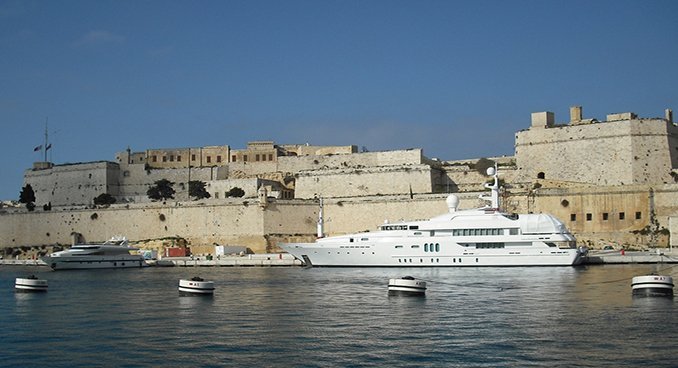 Geographically situated in the peaceful centre of the Mediterranean Sea, MALTA is an archipelogo of three islands. Malta lies 93 km (58 mi) south of Sicily and 290 km (180 mi) from the nearest point of the North African mainland.

The Capital city of Malta is Valletta, a beautiful old city  found on the East Coast side of the island.  Malta has a population of around 400,000 citizens. The predominant religion in Malta is Roman Catholic.  Maltese is the main language but since English is the second language everybody speaks English too.  So if you are a foreigner in Malta you will always manage to communicate with the locals and being a hospitable nation you will always find help from them.  Italian is also widely spoken.

Malta is a beautiful island with clear and warm waters and the fantastic visibility scores high points with diving enthusiasts.  The mild temperatures throughout the year ensures good and constant diving all year round and the size of the island is such that if strong winds are blowing on one side of the island the other side is calm and sheltered.

As for the diving itself, Malta has some of the most scenic sites, with wonderful walls, spectacular natural archways, caves, caverns and wrecks. Fish life now is more profuse than before with huge shoals of Damselfish, Bream, Bogue and Smelt at most sites and a resident school of barracuda at San Dimitri Point on Gozo.

After having dived on the various dive wrecks sparsed around our island you can take some time off diving to learn about the history of our island.  An island which boasts the oldest man-made temples found in the world – older than the pyramids themselves!!

Take a ride to the past as you find remains of the past everywhere, as all those who have inhabited our island from the days of prehistoric men have left a mark on this tiny speck in the middle of the Mediterranean Sea.  From Mnajdra from the days of Stone-Age Men, followed by the Phoenicians, the Carthaginians, punic war times, Roman Rule in Malta, the Arabs, the Normans, the Knights of St John, the Great Siege, Malta under French rule, the rule of the British Empire and finally Malta becomes independent and eventually a Republic.

You can have a bit of both worlds in Malta since not only is it rich in history but it also offers you great entertainment, fantastic weather, fun outdoor sports as well as fantastic underwater dives and great super savings when you buy your diving equipment from us.

For more information about Malta visit: